Pentagon UFO Papers: BACK TO THE FUTURE -Time travel and anti-gravity tech is possible and could be used to find Earth-like planets

by Myth & Mystery
in MISTERY, UFO

TIME travel and anti-gravity technology is possible and could be harnessed by humans to visit other worlds, according to newly released Pentagon documents.

The 1,500 files shed light on the Advanced Aviation Threat Identification Program (AATIP), which was the Pentagon’s secret UFO programme

Their release came after a four-year legal battle following a Freedom of Information request by The Sun Online.

One of the documents looks at how anti-gravity technology can be used to make planes and spacecraft, and it says that the “effects can be implemented by manipulating spacetime”.

There is also a look at how to “control gravity” and the report states: “It might be possible to produce exotic phenomena such as faster-than-light travel… and time machines.”

It adds that “wormholes” in spacetime could be used for interstellar travel.

The documents, which have been described by The Sun as a “bombshell”, have been released by the US Defence Intelligence Agency.

The AATIP ran for five years from 2007 and was led by Luis Elizondo, who believes the existence of UFOs has been “proved beyond reasonable doubt”.

Another file states future aerospace “platforms may have propulsion systems that modify their surrounding space time geometry to implement faster than light space flight or produce levitation via anti gravity”.

The bombshell documents, from the Defense Intelligence Agency (DIA), also outline plans to send multiple spaceships manned by one pilot to “colonize” deep space along with studies into how humans can operate robots with their minds.

The fleet would include a spaceship with nuclear powered electromagnets to shield the manned spacecraft from radiation, “halo spacecraft with powerful radars” to scout for incoming objects, along with exploration and mining crafts.

This would be manned by one pilot and could be used for missions involving possible colonisation, according to the files. 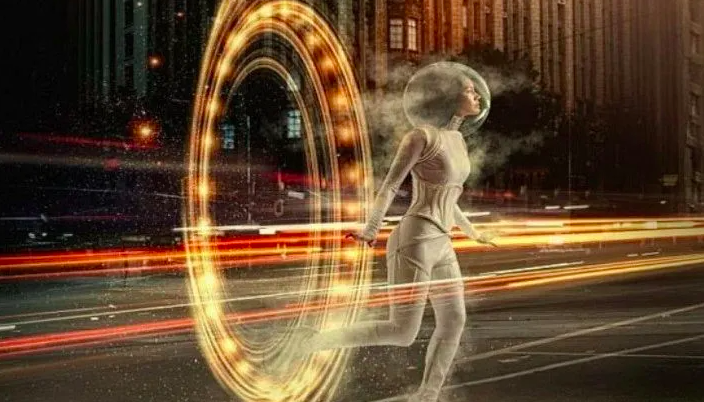 The report states it is focused on “traditional human pilots” not “cyborg-enhanced astrobots”.

The research shows that one human could only control a maximum of four crafts when tasked with completing missions and looks at ways the human brain could be developed to improve this.

It concludes: “The major advance to come in developing augmented human capability to pilot multiple spacecraft will be in understanding the cognitive organisation of multi-tasking.”

Other files looks at how nuclear-bomb powered space rockets can build bridges with earth-like planets in other solar systems.

The spaceships, powered by nuclear explosions, will be able to explore deep into our solar system and beyond, while making it “economically feasible”.

The report goes on to say how nuclear powered rockets and spaceships would enable humanity to “build bridges” over Oort clouds – layers of icy objects that surround the sun – in order to find other earth-like planets.

The study explores how the nuclear explosions would be triggered by lasers.

The files on deep space exploration were part of a 1,574 pages obtained by The Sun from the Defense Intelligence Agency after a four-year Freedom of Information battle.

Other documents contained information on how to communicate with aliens and explored the reported health effects on humans who had seen UFOs or experienced close encounters with aliens.

A report released by the Pentagon last year showed there were 144 reports of Unidentified Aerial Phenomena by military pilots.

This year the Pentagon announced it was setting up a real life X Files unit to explore UFO sightings further.

Aliens from Andromeda told about the origin of mankind, said the ufologist Alex Collier