Aliens from Andromeda told about the origin of mankind, said the ufologist Alex Collier

by Myth & Mystery
in ALIENS, MISTERY
0

There are many assumptions about the number of alien species in the universe. Many ufologists, abductees, and even government officials claim to have seen so-called space brothers from outer space. Alex Collier is the only contractee to provide detailed information about the Andromeda aliens. In his interviews, he discussed the impact of various alien species on the human race. Many ufologists considered Collier to be trustworthy, as he tries to convey as fully as possible the information received from his contacts with the Andromedans. 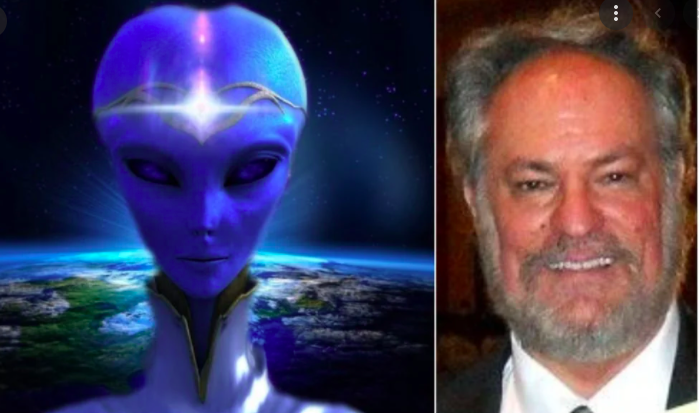 He began experiencing extraterrestrial contact during his childhood through his mid-teens. After the experience faded for several years, including military service in the US Army, contact resumed in 1985. According to him, he met with two Andromedans who became his mentors, and he was taken aboard starships, including a large extraterrestrial mothership. There he studied for three months with the Andromedans. The aliens gave him information about cosmic spirituality, life in the universe, and Earth’s galactic history. The Andromedans are “one of the thousands of extraterrestrial races in existence”, he says. They are human and some of them have bluish skin and are over 2 meters tall. According to Collier, author of Defending Sacred Ground: The Andromedan Compendium, all human life forms originated in the constellation Lyra. However, as a result of the war, their stars exploded, forcing humanity to spread to different places in the galaxy in order to survive. Collier explains that different skin tones are due to different DNA and exposure to different stars. The Andromeda Creatures are one of the oldest civilizations living in the constellation Andromeda. This civilization, no matter where in the constellation it lives, has a single government and is 4,700 years more spiritually advanced than we are, as well as 5,000 years more technologically advanced. However, they maintain a balance of spiritual and technological. That is, they use technology to be able to develop spiritually. This is because there are different levels of measurement. We are currently in the Third Dimension. We still haven’t reached the fourth. What distinguishes the Third Dimension from the Fourth is conscience. In the fourth dimension there is a collective consciousness, because every telepath can read the thoughts of others. Each person is real, transparent and without ulterior motives. Upon entering this dimension, the being becomes clairvoyant, as energy systems and fields can be seen in this state of consciousness. The creatures from Andromeda did not live in a society that was manipulated like ours. They are telepathic and clairvoyant because they have studied all the sciences. All souls know who they are, they all know about their past lives, and every time they incarnate they become aware and know where they are going. In addition, they can see their evolution in the afterlife. 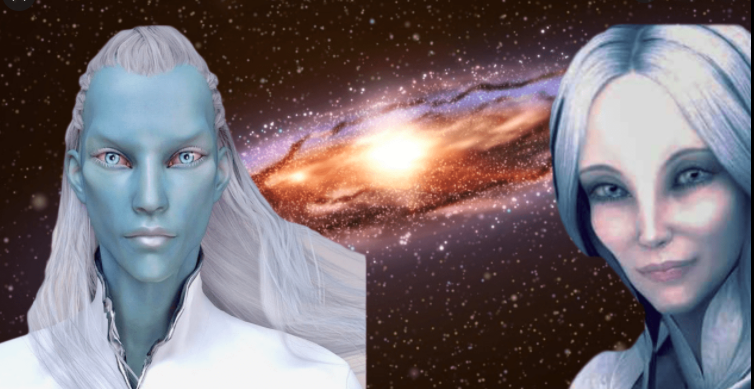 According to various interviews with Collier, he claimed that the Earth is under the control of “regressive” extraterrestrial beings. These aliens came to Earth from a star system known as Alpha Draconis. He said that people are divided by two different philosophical belief systems. One of them spreads love and free will, and the other shows the control and consumption of resources. He said that humans are lagging behind the Andromedans because of the manipulation of our DNA. Intense manipulation of the Earth has been dated back to 5700 years. However, it started 14,000 years ago when aliens from Orion began manipulating our DNA structure. In his last lecture, Collier said that an ancient alien race is responsible for creating the environment of the planets and making them habitable. The Andromedans and Pleiadians believed that this ancient alien race was called “Paa Tal”. He even said that these aliens are able to remove the moons to reposition the planet from its sun to control the amount of radiation. Presumably, the Andromedans could have created the solar system. Collier noted that the Andromedans are ahead of us in technology by about 4300-4500 years. They don’t count years in 365 days like we do on Earth. According to various aliens, one year is the time when each cell of their body duplicates itself, and this takes about 34 years. According to Collier, humans are made up of 22 alien races. He claimed that about 135 billion people live on the planets of the eight galaxies closest to us. He even said that when he visited one of these inhabited planets, these people were afraid to see an earthling, because we have a bad reputation. In the entire universe, only people could make their people into slaves and kill them for their own gain. Interestingly, Collier’s words that other aliens look like us have recently been confirmed by scientists. According to them, if there are other intelligent races in the Universe, they are most likely similar to us. Researchers believe that external diversity is actually quite severely limited by the laws of the universe. Astrobiologist, professor at the University of Edinburgh Charles Cockell, author of the book “The Equations of Life: How Physics Shapes Evolution” names three restrictions that all life forms, without exception, must follow. “Physical laws are the same everywhere. For example, the force of gravity acts not only in the solar system, but also outside it. In every corner of the universe, life will use the same ingredients. Carbon is the optimal chemical element for the origin of life, and water is the ideal fluid for its transport.
Rate this story
 5/10
Share856Tweet535