The Mystery Handbag Of The Gods: Depicted In Mesopotamia, America, Turkey…

How is it possible that thousand-year-old depictions of the Anunnaki show the gods carrying a mysterious bag, and halfway around the world, we find the same thing depicted by ancient Mesoamerican civilizations? Represented by the ancient Sumerian representations of the Anunnaki, the mysterious ‘handbag’ of the Gods is seen in several cultures in America and Göbekli Tepe (Turkey). 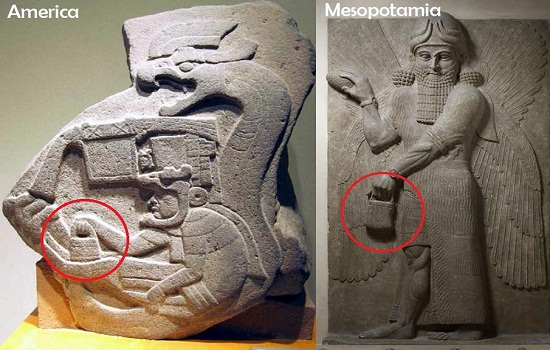 Compelling evidence—found in the last couple of decades—has proven humanity is a species with amnesia. The countless discoveries made all across the globe have forced us to question everything about the origin of humanity, ancient cultures, and history in general.

Slowly and piece by piece, we have been exploring and gathering small parts of a MASSIVE puzzle that have driven us in the right direction when searching for answers mainstream scholars have not been able to answer fully.

How can you explain the countless similarities among civilizations that inhabited Earth thousands of years ago, which were separated by tens of thousands of kilometers?

Why did nearly all ancient cultures on Earth decide to build Pyramids? And why are so many pyramids eerily similar?

It’s as if nearly all ancient civilizations followed the exact blueprint. It’s as if somehow, ancient cultures were interconnected thousands of years ago. 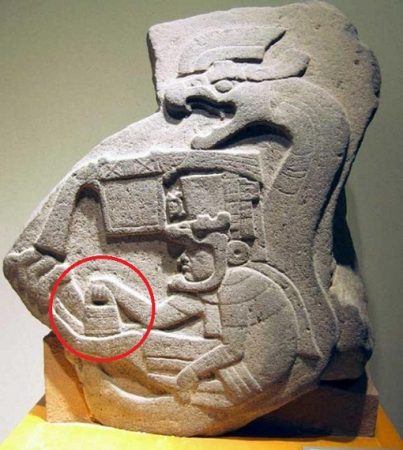 One of the most exciting and mind-boggling enigmas can be traced back to Ancient Mesopotamia—commonly referred to as the Cradle of Civilization where a mysterious motif has driven many authors to question history as we have been taught. The ancient Sumerians depicted the Ancient Anunnaki with curious items. Two of the most exciting objects seen in the ancient Sumerian deities were the hand watch seen on nearly all depictions and the mysterious bag carried by the Gods.

Curiously, suppose we travel thousands of kilometers around the globe from Mesopotamia to the Americas. In that case, we will find that the ancient Maya, Aztecs, and other ancient civilizations utilized the same motif when depicting their deities.

Furthermore, if we travel to Egypt, we will see that the Ankh symbol was also carried around by the gods, just as the mystery handbag in ancient Mesopotamia and the Americas.

Interestingly, the Ancient Anunnaki were nearly always represented in a humanoid form. Even though numerous traits indicate apparent differences between the Anunnaki and ordinary humans, the facial features of the Ancient Anunnaki Gods were always well-hidden thanks to the large beards.

Just as the ancient Sumerians depicted their deities in a humanoid form, the Ancient Egyptians and different Americas did the same thing.

The obvious question here is why? Why did ancient cultures—separated thousands of kilometers from each other—depict their deities nearly identically? Furthermore, how is it possible that the Ancient Sumerians showed their gods carrying a mysterious bag and that people halfway across the world did the same thing?

At the archeological site of La Venta, we will find a stone stele depicting the ancient Mesoamerican God Quetzalcoatl, who is curiously holding in his hand the same Bag we see in ancient Sumerian depictions. 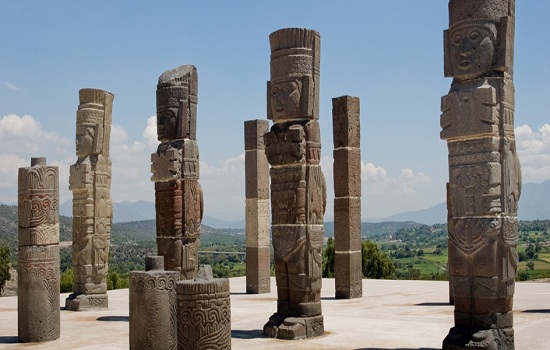 But this isn’t the only site in Mexico where the curious representation was found. If we travel to Tula—an important regional center which reached its height as the capital of the Toltec Empire between the fall of Teotihuacan and the rise of Tenochtitlan we will find their massive Atlantean statues. If we observe closely, we will notice that once again, the mysterious handbag is present.

If we travel to Göbekli Tepe, located on a remote hilltop in southern Turkey, we will find the same THING.

Göbekli Tepe is one of the oldest ancient megalithic temples on our planet. There, intricate massive stone pillars arranged into a set of rings stand tall and proud, telling a millennia-old story of when different civilizations ruled over the planet. The huge stones were believed to have been carved by neolithic hunter-gatherers some 12,000 years ago, even though recent evidence points towards the fact that

The mysterious temple, consisting of three huge stone circles, was deliberately buried for an unknown reason in the distant past. After 13 years of digging, archaeologists investigating the ancient site have failed to recover a single stone-cutting tool. No one has understood how old humanity, which was believed to be incapable of such feasts, erected some of the greatest stoneworks on the planet. 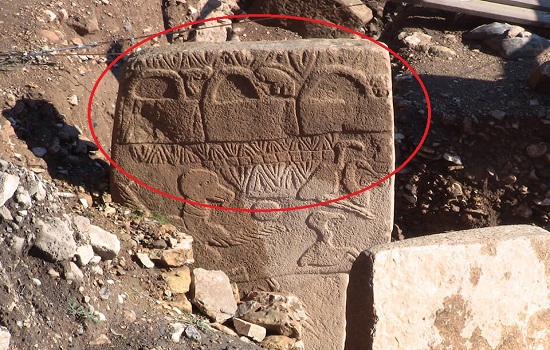 Does the presence of the mysterious bag, carried by the gods, indicate that these two cultures connected mysteriously? Why did ancient cultures depict their Gods carrying mysterious handbag? What was inside it? And most importantly, how is it even possible that the mysterious handbag is present in different civilizations around the globe—which according to mainstream scholars, were never connected?

What if the Ancient Anunnaki—depicted by the Ancient Sumerians—and the Gods who visited the ancient Maya, Aztec, Toltec, and Olmec civilizations are, in fact, the SAME?

What do you think this mysterious bag is meant to represent? Do you think it is just a coincidence that these three sites—and there are more—feature all the same thing? What could have been carried by the ‘Gods’ that was so important that nearly all ancient cultures had to illustrate it?