Crop circles are a worldwide phenomenon that has captured the imagination of millions of people.

Typically found in cornfields and other crops, way out in the country, these circles often come with strange designs, including patterns that are incredibly difficult for our relatively insignificant human brains to decipher.

Recently, a physicist from Finland’s University of Helsinki provided a thought-provoking analysis on one of these strange patterns, and accompanying design that has people talking.

In 2002 in a field near Crabwood/Winchester, Hampshire, England, a famous crop circle appeared overnight (pictured below).

This crop circle has been documented, photographed and researched by scholars all over the world. The circles are intricately designed and “sown” into crop fields.

Upon further research, we are given clues as to how they have been formed — and perhaps whether or not a higher intelligence has been involved.

Richard Taylor, a physicist from the University of Oregon, examined them closely and found that the nodes of these stalks are “blasted out” on one signed as opposed to simply being flattened. This effect has been replicated by microwave heating which causes water inside the crop to vaporize and become dislodged. When this happens, the crops flop over completely to one side.

Crop circle artists are said to be using GPS devices, lasers, and microwaves to create these incredible patterns in the corn fields that are the delight of UFO enthusiasts, and the bane of local farmers.

Now, researchers have uncovered the chilling message accompanying these world famous circles, and what it could mean for the future of this phenomenon.

Take a look at the images: 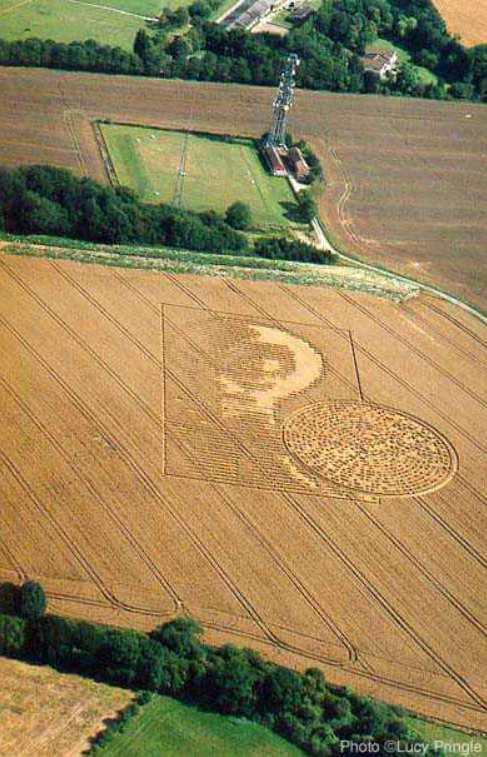 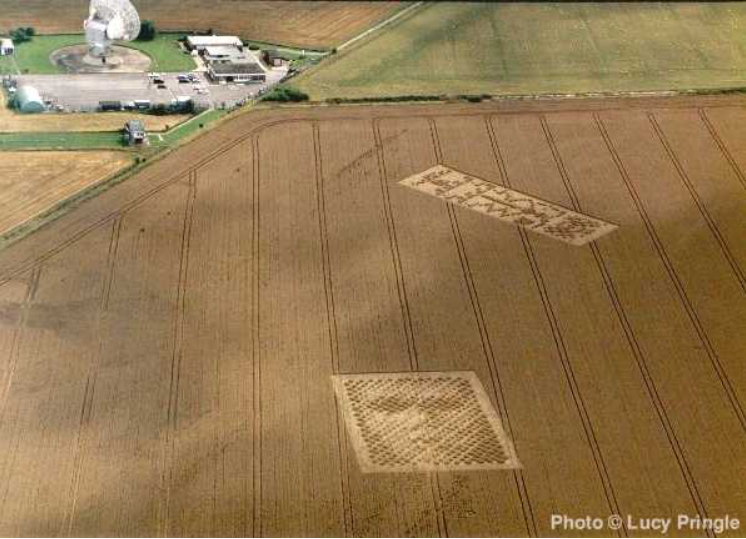 According to Paul Vigay, a British computer consultant who developed and supported RISC OS software for PCs, the crop circle has a purpose behind its bizarre and intricate coding.

Vigay says that the message was encoded in ASCI binary code, an eight-bit code used in computer programming.

Meanwhile, a paper has been published on the circles titled ‘Crop Circles and Life at Parallel Space-Time Sheets.’

Here is what it had to say about the circles:

“Crabwood message consists of two parts. An alien picture and a picture representing spiral like bit sequence starting from the center of the picture and proceeding counterclockwise. It has been proposed that the message is coded using 9-bit code and that 8-bit portions obey ASCII code.

If this is in fact true, the message reads as follows:

‘Beware the bearers of FALSE gifts & their BROKEN PROMISES. Much PAIN but still time. EELI!UVE. There is GOOD out there. We OPpose DECEPTION. Conduit CLOSING\’

Pitkonen concludes that whoever made the circle is “extremely artistically, technologically and mathematically advanced to a point beyond belief.”

Final Thoughts on These Crop Circles

The question we should be asking ourselves now is, why are findings like these from world class researchers constantly dismissed, without even so much as a second thought?

Why does the mainstream media ignore them, and will things ever change? That is of course a rhetorical question, but in the meantime let’s do our best to share this information with anyone willing to listen — these researchers are doing brilliant work that simply cannot be ignored any longer.

Take a look at what he added here: