This ring is kept at the Walters Museum in Baltimore (USA). As the description on the museum’s website says, it was acquired in 1930 in Cairo. The ring was found in the tomb of Tutankhamun in 1922. Scientists believe that it was created between 664-322 years BC.
For some reason, in the scientific world, it is believed that God Ptah is depicted on it – while on the back of the ring there is an inscription Amon-Ra (God of the Sun, the supreme deity of the ancient Egyptians). 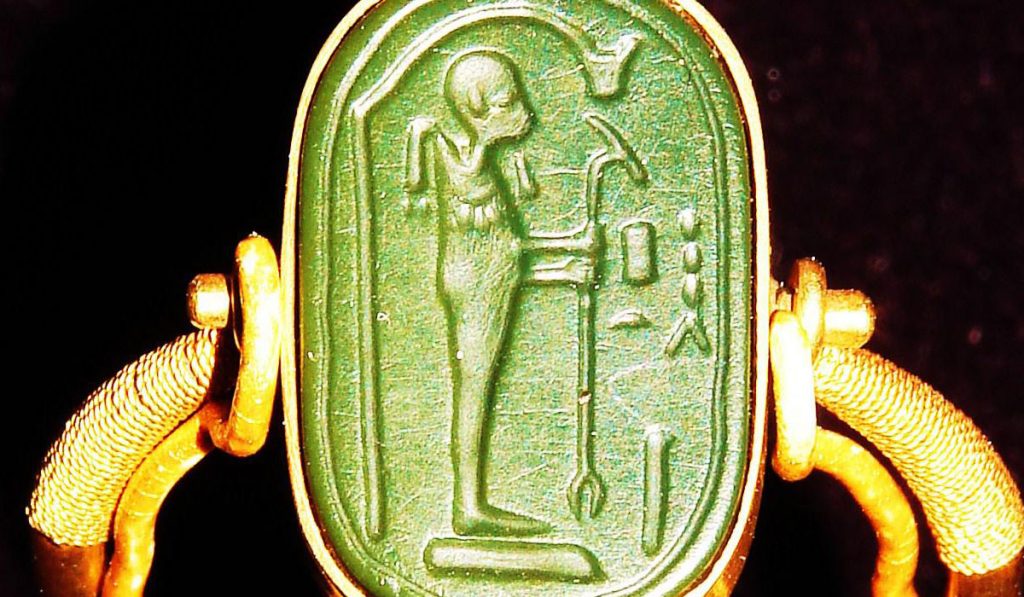 In any case, the creature depicted on the ring is very interesting and clearly has an unearthly origin – by the way, in Egyptian mythology, the gods were directly related to the cosmos. And from the cosmic gods came the pharaohs. Interestingly, according to many ancient sources, the history of Egyptian dynasties dates back many thousands of years, much more than modern historians believe.
It is curious that the god depicted on the ring holds in his hands a divine staff with magical properties. It is believed that such staves could control the weather, break rocks and do many other wonders – and perhaps they were high-tech tools. 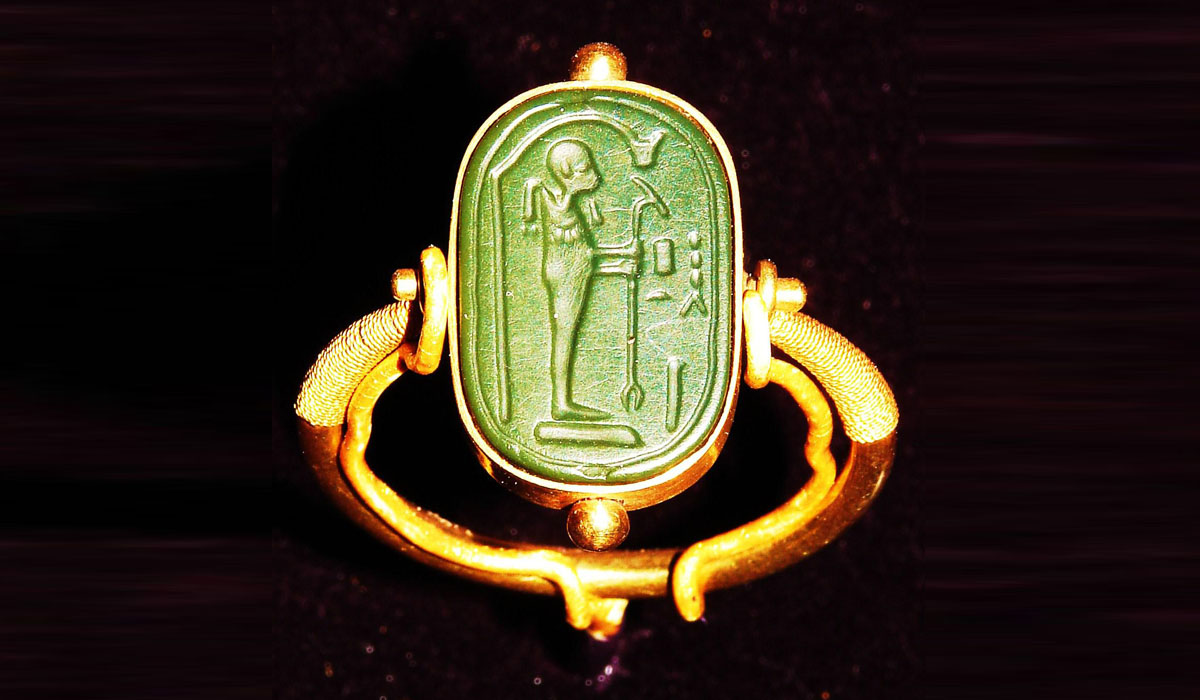