What makes us never return to the Moon: Former astronauts who holds the record for the longest moon walk REVEL THE REASON

During the Apollo 12 mission, astronaut Alan Bean holds a container of lunar soil. The astronaut Charles "Pete" Conrad, who took the photograph, is reflected in Bean's faceshield. Bean says he used to think that in his lifetime, we'd build a base on the moon and start preparing to travel to Mars.

The Moon Landing from 1969 is by far one of humanity’s greatest expeditions and achievements.

Millions of people watched live as the astronauts got themselves ready for the trip of their lifetime, and despite the fact that we didn’t actually discover life, that day we still came across as quite an achievement, to say the least.

This might be why NASA took so long to actually get a second trip over there in the first place, as it simply put wasn’t worth the funding. But there are мคหy people that believe that the rabbit hole is a lot deeper than it looks, as мคหy believe that the original Moon landing wasn’t as uneventful as they make it out to be.

This was made ever so clear by the recent statements that were released by one of the astronauts that were a part of the Apollo 14 mission to the Moon.

He discussed how the reason why we cannot actually return there anytime soon is the fact that we have already established contact with aliens over there and that we were clearly outmatched, to begin with.

These aliens apparently lived in a base on the dark side of the Moon which resulted in us running away the moment we spotted them. Dr. Edgar Mitchell talked all about it, as he said that even though NASA is talking a lot about their upcoming trip to the Moon this will not happen because NASA is afraid of causing a conflict between us and the aliens. 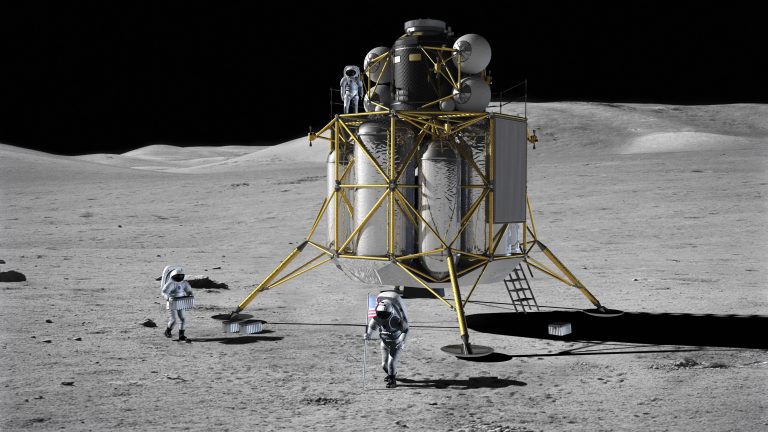 The profile of Edgar Mitchell does not conform to that of your common or garden UFO aficionado. He holds two Bachelor of Science degrees and a doctorate in aeronautics from the prestigious and not exactly tree-huggy Massachusetts Institute of Technology.

Along with Alan Shepard, he holds the record for the longest moon walk – for nine hours on February 9 1971 as part of the Apollo 14 mission, making him the sixth man to walk on the moon.

Mitchell said  “that we have been visited on this planet and the UFO phenomenon is real – though it’s been covered up by governments for the last 60 years or so”.