Reactions similar to those inside the power plants in modern era arose spontaneously around 2 billion years ago in the Oklo region of Gabon, Africa.

In 1942, physicist Enrico Fermi and a team of workers built what they thought was the first nuclear reactor in a Chicago racket ball court. Unfortunately, nature had beaten them to the punch — by eons. 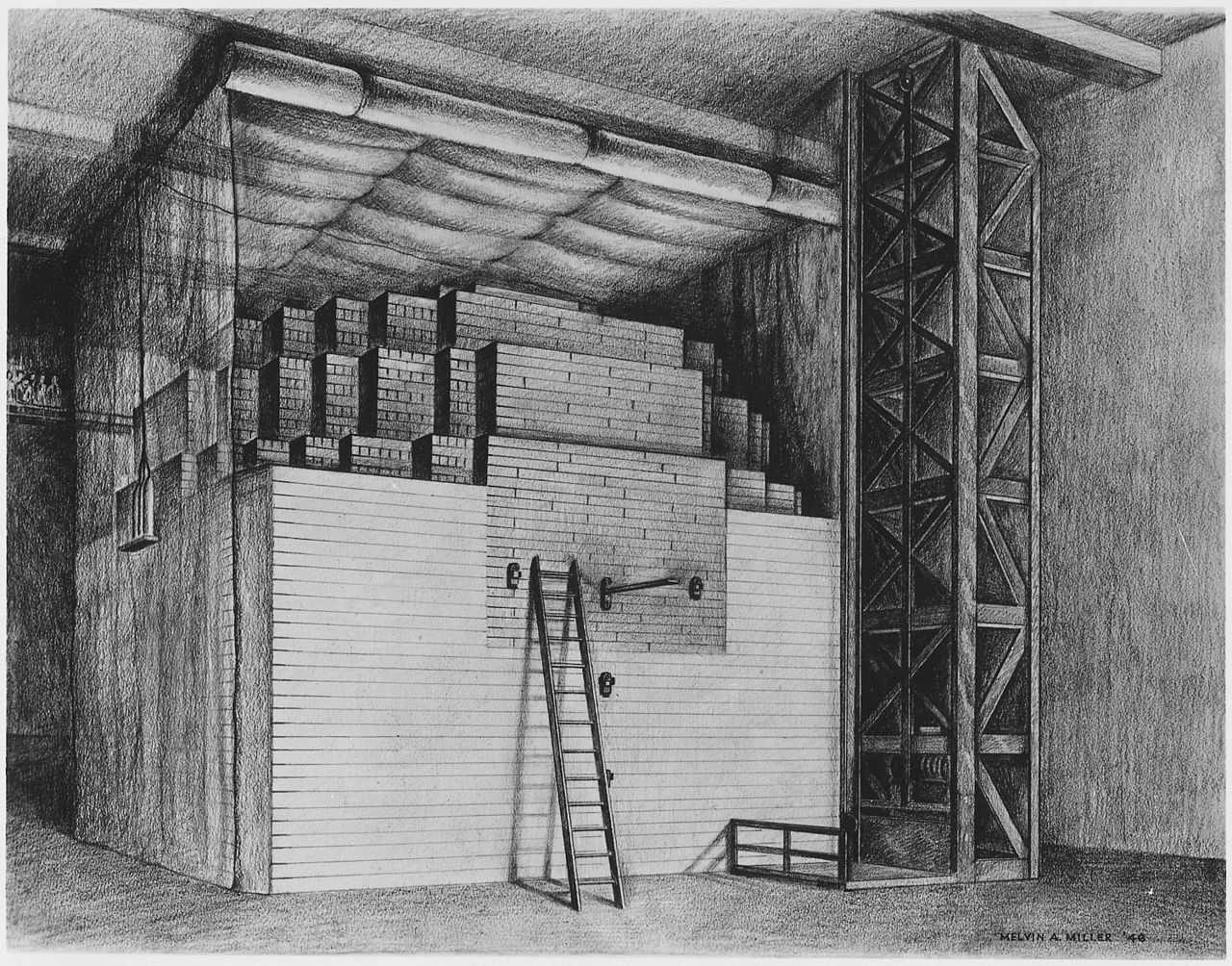 Chicago Pile-1 (CP-1) was the world’s first artificial nuclear reactor. On 2 December 1942, the first human-made self-sustaining nuclear chain reaction was initiated in CP-1, during an experiment led by Enrico Fermi. But is this the first? © Image Credit: Wikimedia Commons

Truth be told, self-sustaining nuclear power reactor was invented in Africa, 2 billion years ago! It’s a 100-kilowatt nuclear plant that produced pulses of power every three hours for a period of about 150,000 years.

On June 2, 1972, a French nuclear fuel reprocessing plant discovered that 200 kg of uranium from a uranium mine in the Oklo region of Gabon Republic had been refined. Fearing that someone (or a secret organization) would build a nuclear bomb, the French Atomic Energy Commission immediately opened an investigation. 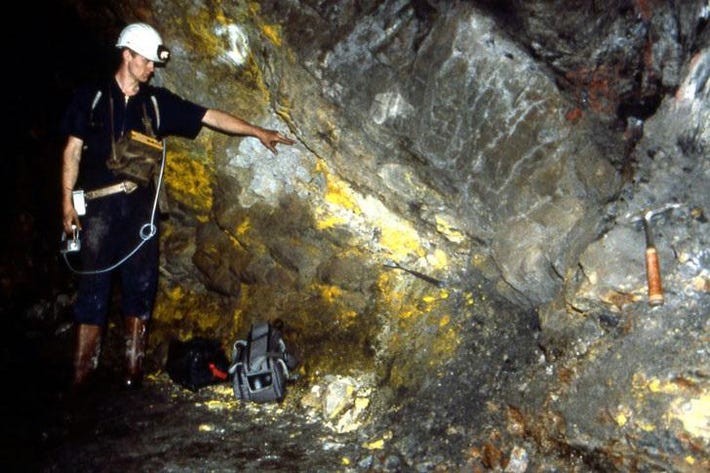 In 1972, French miners in Gabon, Africa discovered evidence that a self-sustaining nuclear reactor had formed about 2 billion years ago from a concentration of the fissionable element uranium 235. From the main mine that humans made in the Oklo region, one of the prehistoric reactors is accessible via an offshoot, as illustrated here. © Image credit: NASA/Robert D. Loss, WAISRC

Finally, researchers and scientists from all over the world, after conducting detailed investigation, came to the conclusion that, six large nuclear reactors as old as 2 billion years old are located near Gabon’s uranium mine, and has been active for at least 150,000 years!

The ancient nuclear reactors use surface water and groundwater to modulate and reflect sequenced fission neutrons, its operation is much more advanced than that of modern nuclear reactors. Moreover, scientists found geological evidence that uranium in lens-shaped veins of uranium ore had undergone self-sustaining fission chain reactions, generating intense heat.

In this process, subatomic neutrons released by radioactive decay of uranium atoms induce decay of other uranium atoms, leading to a cascade of nuclear fission and substantial release of energy as heat. This is what modern nuclear reactors use to produce power. 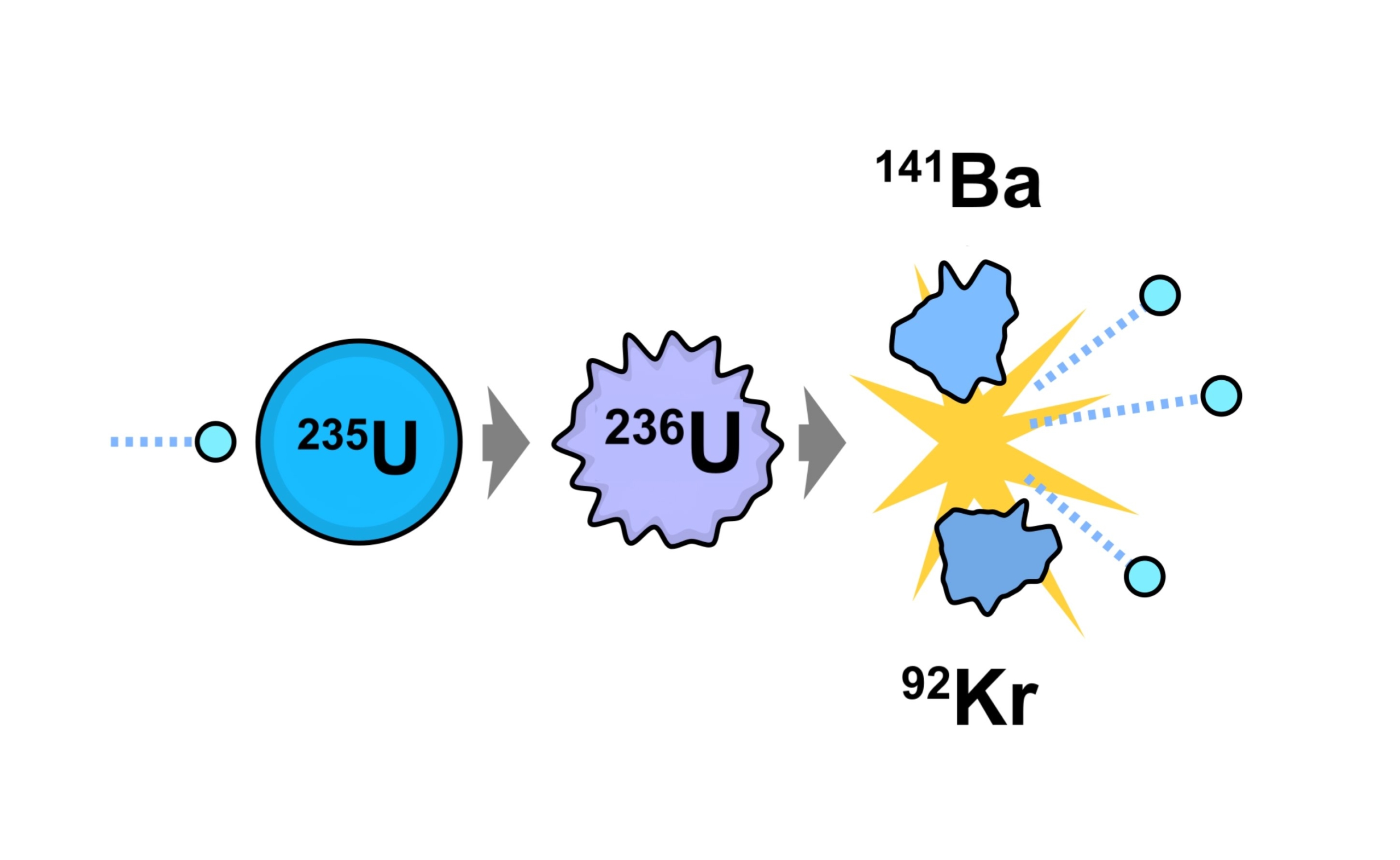 The Uranium-235 chain reaction that both leads to a nuclear fission bomb, but also generates power inside a nuclear reactor, is powered by neutron absorption as its first step, resulting in the production of three additional free neutrons. © Image Credit: E. Siegel, Fastfission / Wikimedia Commons

The puzzle, however, is why the Oklo reactors didn’t plunge straight into a runaway chain reaction, leading to meltdown of the veins or even to an explosion. In nuclear plants the reaction is kept under control by using ‘moderators’. These are substances that either slow down the chain reaction by absorbing some of the fission neutrons or encourage it by adjusting the neutron energies.

It needs the pure natural water

Former head of the United States Atomic Energy Commission and Nobel laureate Dr. Glenn T. Seaborg points out: For uranium to continue to “burn”, all conditions must be completely free of bias. The water involved in the nuclear reaction must be very pure, a few parts per million of pollutants will create a “toxic” reaction that causes the reactor to stop working. Nowhere in the world is there such pure natural water. 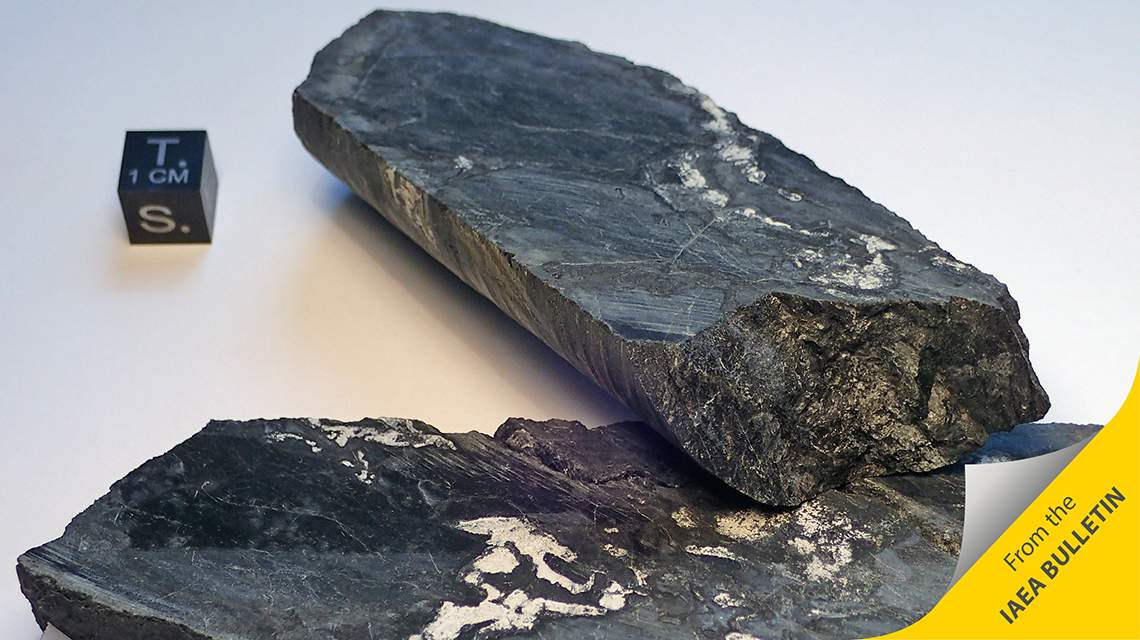 In April 2018, two rock samples recovered during drilling campaigns in Oklo were donated to the Vienna Natural History Museum. The donation (and ceremony) was made possible with funding from nuclear fuel company Orano and France’s Alternative Energies and Atomic Energy Commission (CEA). The French Permanent Mission to the UN in Vienna supported the effort.

According to the International Atomic Energy Agency (IAEA), which helped monitor radioactivity levels and handling of those samples, the two samples emit a radiation of about 40 microsieverts per hour “if you stand 5 centimetres away from them, which roughly compares to the amount of cosmic radiation a passenger would receive on an eight-hour flight from Vienna to New York.”

The Oklo nuclear reactor in Gabon has been operating for 1500,00 years. How to produce water of such high purity has become another unsolved mystery. The rationality of the structural design of prehistoric nuclear reactors is absolutely baffling to experts.

Some scientists and theorists believe that the reactor is extremely advanced, suggesting that highly intelligent beings existed 2 billion years ago. While another hypothesis is that it was constructed by prehistoric human civilisation (like described in the Silurian Hypothesis by NASA scientists) using techniques that were lost to subsequent humans. 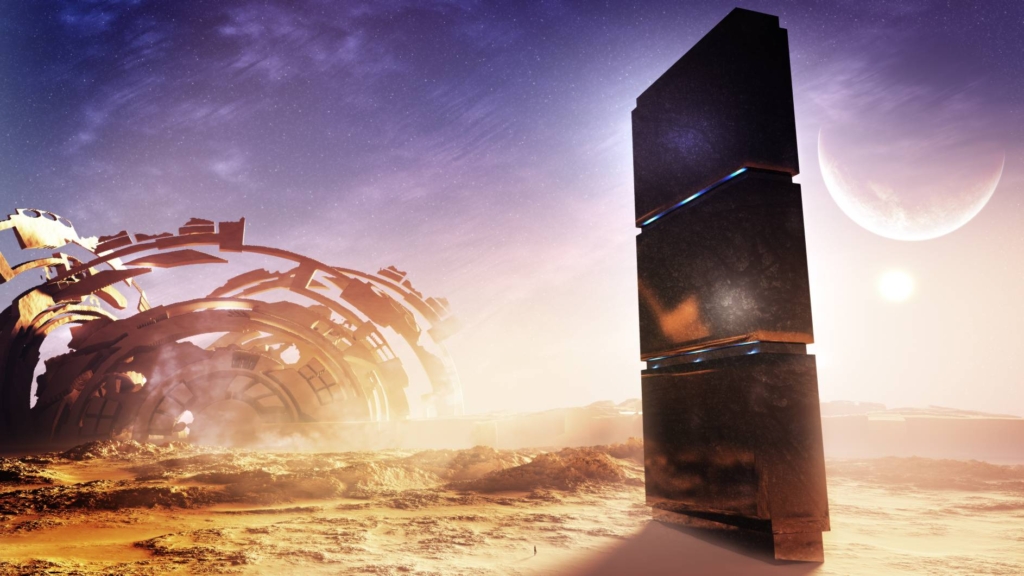 Illustration of a dark and strange monolith in the distant past during an advanced lost civilization with ruins of an ancient structure that used to live there.

Was The Maya King Pakal An Alien Being Coming From The Planet Nibiru?